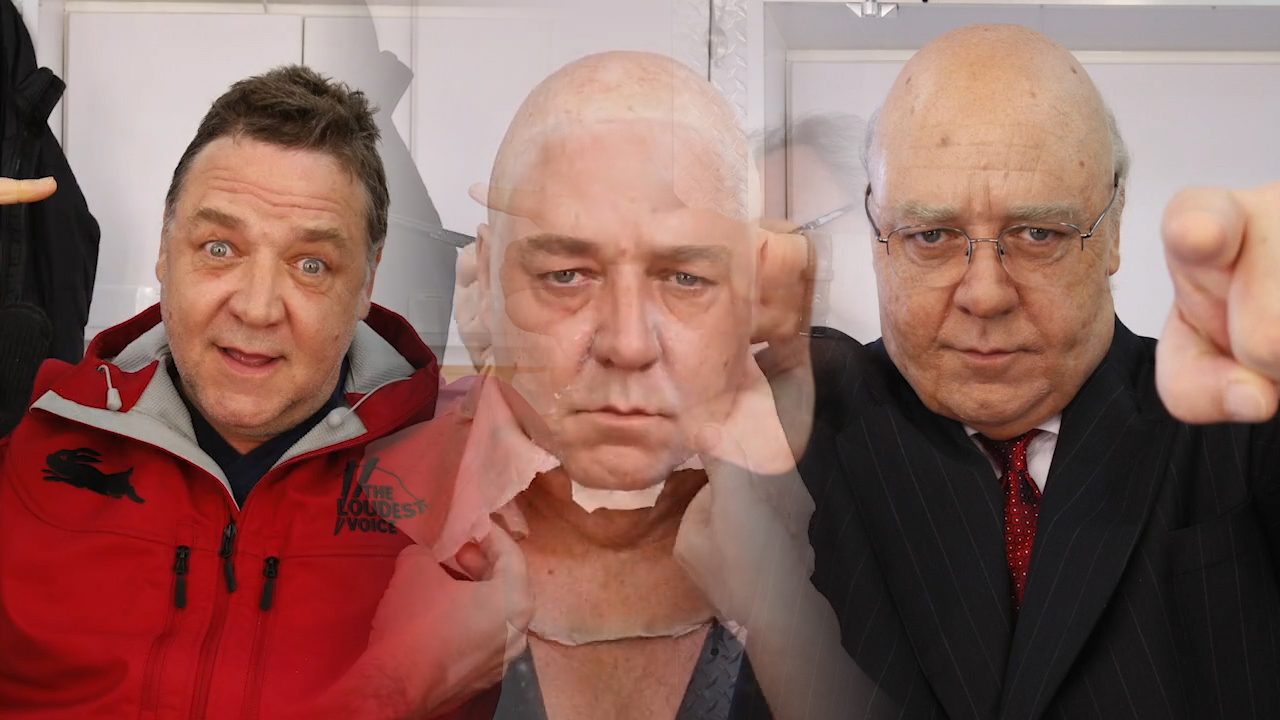 Watch as Russell Crowe is transformed into Roger Ailes for The Loudest Voice – amazing makeup!

Movie Magic they call it – that normally refers these days to the wonders of computer generated images and the amazing things they can put on screen that were never even filmed.

But how do you turn an Aussie bloke like Russell Crowe into the larger than life figure that is Roger Ailes?

Ailes is the big man who created, launched and headed Fox News until his downfall over misconduct among other things.

But the real point there is, he is a big man. Now Rusty ain’t no gladiator right now, but there is still a big gap between our man Russell Crowe and Roger Ailes.

That is where the talents of makeup artists come in.

In a video released today ahead of the premiere episode of The Loudest Voice on Stan, Crowe is seen in time lapse undergoing the entire process which makes him look a very convincing Ailes.

It must be hours in the chair.

It is fascinating – well worth a look:

The Loudest Voice Prosthetics Time Lapse from 98 on Vimeo.

The Loudest Voice is on Stan, new episodes 2pm Mondays.

Watch as Russell Crowe is transformed into Roger Ailes for The Loudest Voice – amazing makeup!