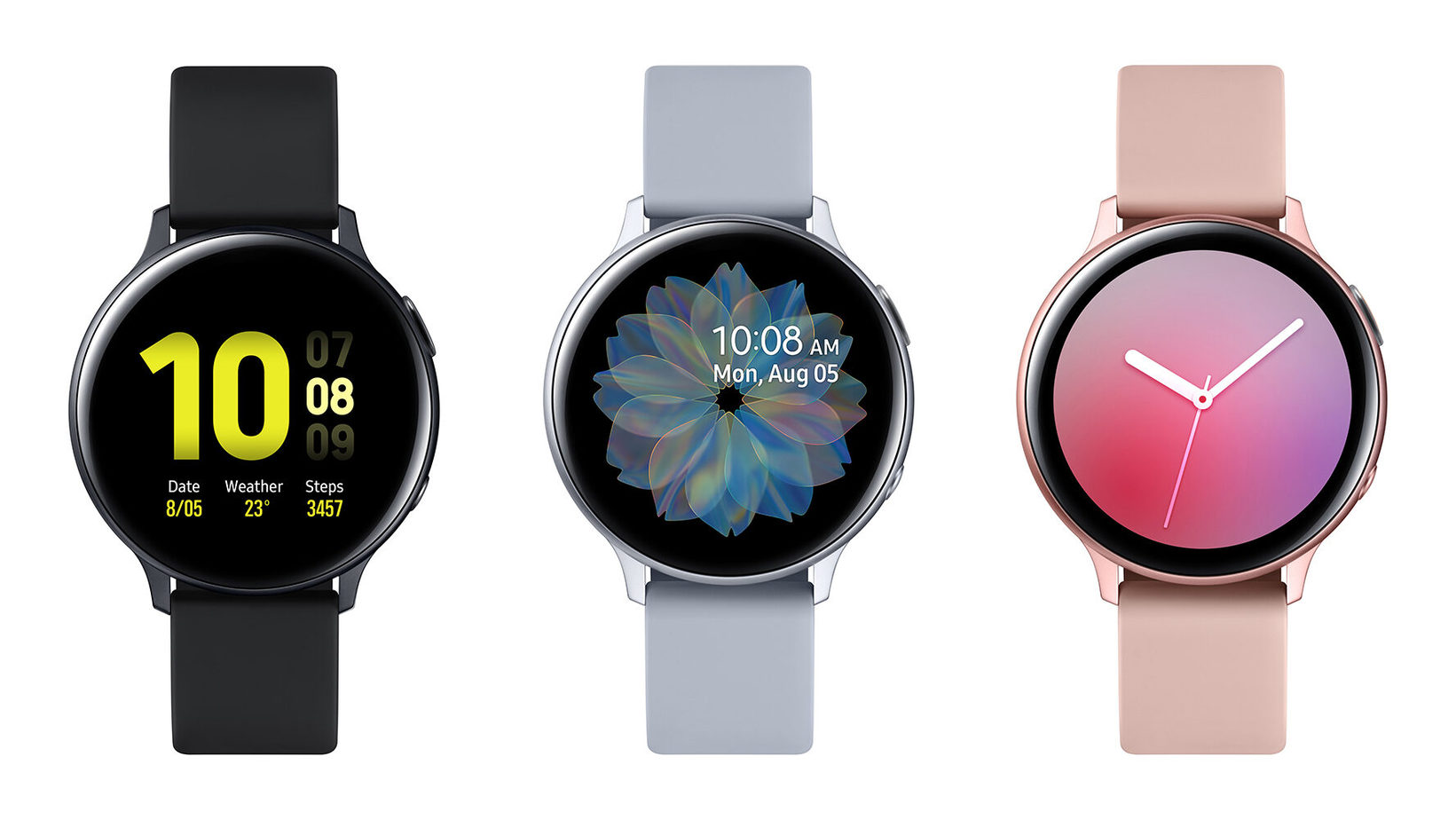 Samsung sure must have some faith in the scale of their “UNPACKED” announcements in New York this week, dropping another product reveal before the event with the Galaxy Watch Active2 breaking cover today.

The Watch Active was a very different look to previous Galaxy Watches as it didn’t have that physical rotating bezel for which Samsung smartwatches had become known.

Perhaps the feedback was loud enough, or perhaps this was always planned, but the Watch Active2 brings back the bezel – but in a digital form.

There is no physical bezel, instead you can “rotate” the outer ring of the digital screen. Nifty idea.

Aimed entirely at health and fitness, the Watch Active2 is – according to Samsung helping users by “providing small, yet meaningful daily changes – from assisting with wellness goals such as sleep fitness and stress management, to completing tasks efficiently.”

Samsung Big boss DJ Koh says “The smartwatch market is rapidly growing, and we at Samsung are excited to continually expand our presence in new and visionary ways,”

“With Galaxy Watch Active2, we have created a device that will enable consumers to take control of their health and wellness, and seamlessly flow between their devices and connect across the Samsung Galaxy ecosystem, helping to make their lives easier and better.”

There are two sizes for Watch Active2 – 44mm and 40mm in two finishes – a lightweight aluminium or solid stainless steel.

Mobile connectivity is also available through “LTE” connectivity – though we are yet to get news from Telcos in Australia on that one, it has been widely supported now in several devices so should come to all telcos.

For Aussies, The Galaxy Watch Active 2 will be available from October 8, priced between $549 and $799.

Garry McGregor from Samsung Electronics Australia says “Growth in the wearables category has skyrocketed over recent years as more Australians adopt wearable technology to complement and empower their daily lives. Devices, in turn, have evolved significantly to respond to changing needs and expectations.

“Australians today want more than just a piece of tech that tells the time and counts their steps. They want devices that enhance their lifestyle and their personal style. The Galaxy Watch Active 2 offers true stand-alone connectivity with innovative functionality and holistic health management in a stylish and feature-packed design.

“From tracking wellness routines to providing smartphone-free access to music on the go, the Galaxy Watch Active 2 delivers the latest wearable innovations with a premium design and finish at an accessible price point across the range.”