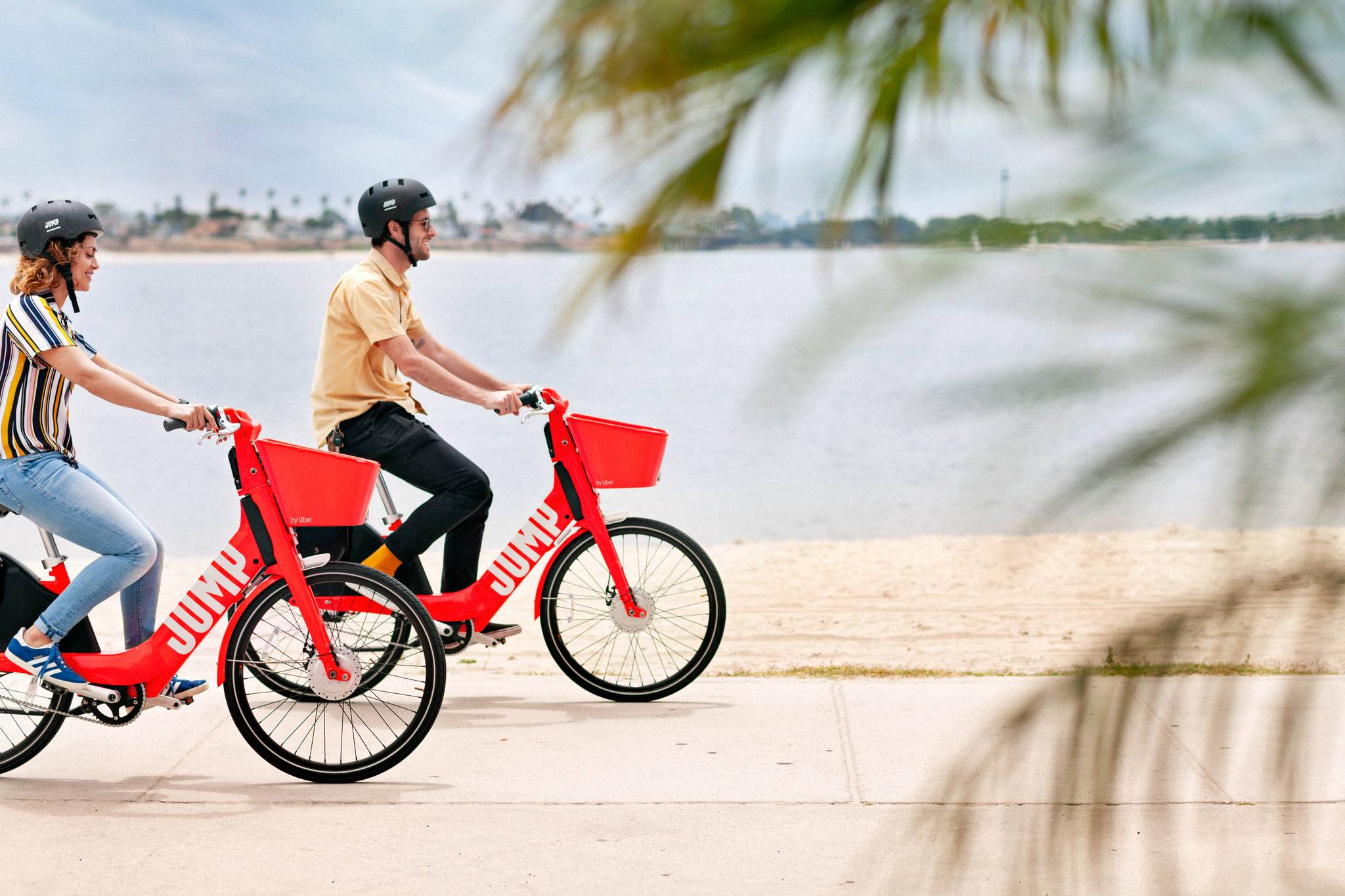 If you didn’t like the look of the Yellow, Orange or Green share bikes we’ve had posted around our cities, then look away – Red ones are coming

Uber’s JUMP share bikes are about to land in Australia, and because they are advanced, high-tech and in their own words expensive bikes, Uber say it’s in their interests to keep track of them.

Like many that have come before them, Jump bikes are dockless, so they can be left on any street corner or area of the riders choice – potentially leading to an unsightly problem.

However, JUMP have one clear advantage over others – User Numbers.

Because JUMP bikes use the Uber app, there’s already millions of potential users that don’t have the added friction of an additional app download to get started.

As part of our vision to become the operating system for everyday life, the one Uber app provides Uber customers with the ability to book a ride, plan a Public Transit journey, order meals and groceries, and soon unlock an e-bike.

JUMP is a fusion of best-in-class product engineering and Uber’s intuitive technology. JUMP E-bikes aren’t just a “bicycle with a motor” – they’ve been built from the ground up, with nearly a decade of research, development and testing.

The WHY question is answered by Lucas in this way; It’s part of Uber’s wider effort to continue to be a reliable, collaborative partner for the cities in which we operate.”

Brace yourself for the Red e-Bike revolution?