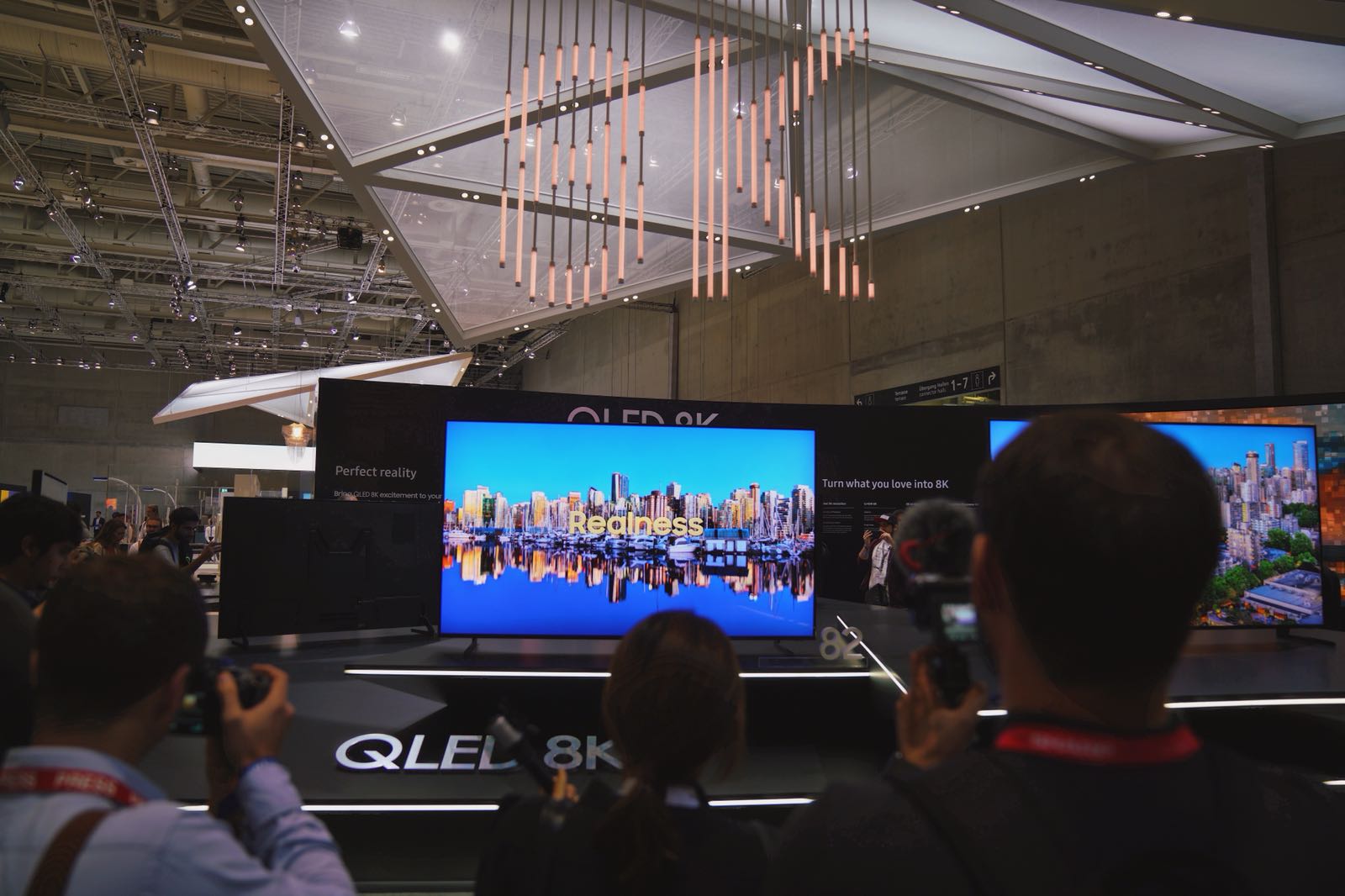 Crazy right?  LG took the lead early announcing a stunning 8K OLED TV here in Berlin at IFA – and oh boy, wouldn’t I love to own that TV. 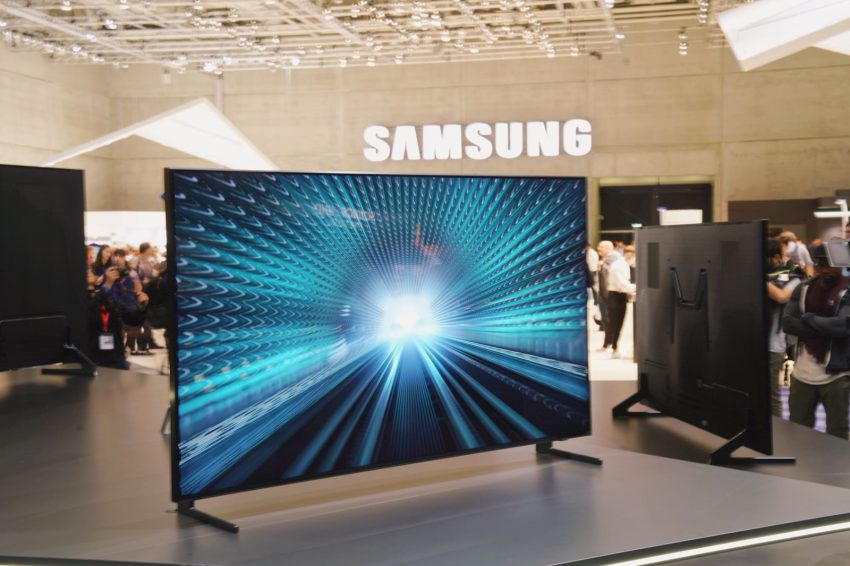 But is it just a pipe dream?  Just one TV sits mounted on a wall at the LG stand here in Berlin.  Are they ready to bring it to consumers?

TCL announced they’d be selling them in 2019 – while if you head over to Samsung you’ll see a very different picture.

Looks to me like Samsung is ready to ship these bad boys – today. 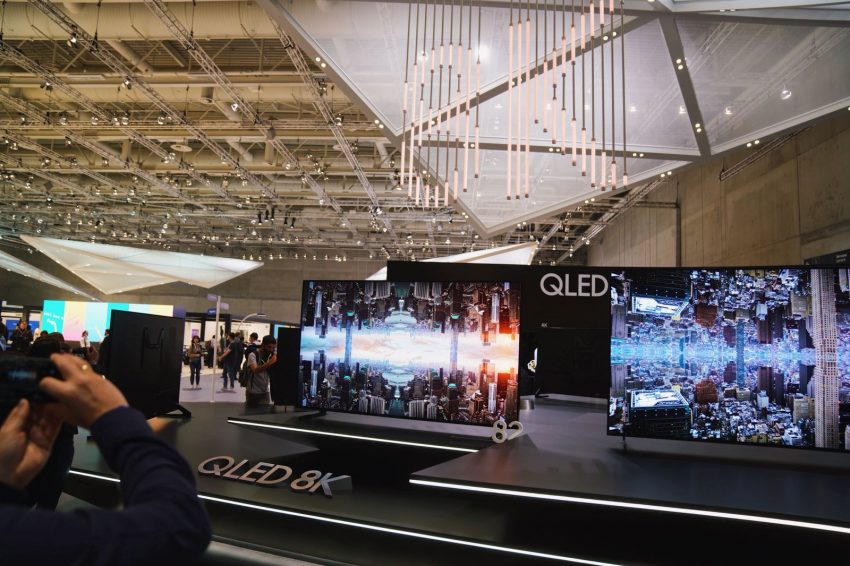 That may be clever design, or they may simply be ready.

Their stand shows all the different sizes they are offering.  It shows the technology they are using – and to my eyes, the most important thing was showing how this mega QLED 8K panel would handle upscaling.

Samsung put on a very, very compelling demo.  Two screens, one 4K, one 8K.  Content coming into it was at the choice of the viewer.  4K content, Full HD Content, or Standard Definition content. 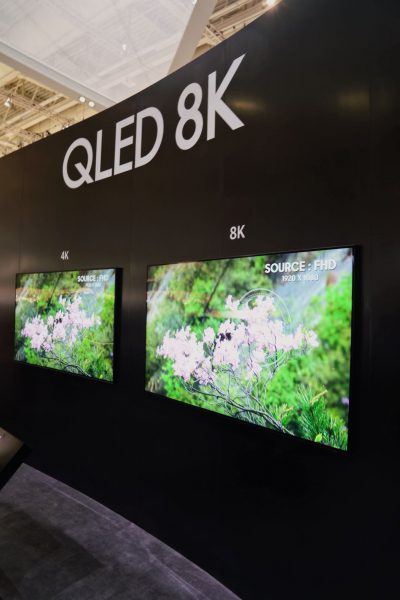 On the 8K screen, those millions of pixels needed to be filled, even if the actual content was many many times smaller.

To be honest, 4K and Full HD upscaling looked great, but I didn’t notice an overwhelmingly mind blowing advantage to 8K.

But then I switched to the SD content.  Yep, Standard Definition.

The content was a news bulletin (mock up), and on the 4K TV the content was distorted and blurred, but on the 8K – one assumes using the processing power and “artificial intelligence” built in, it produced a picture that was many times better. 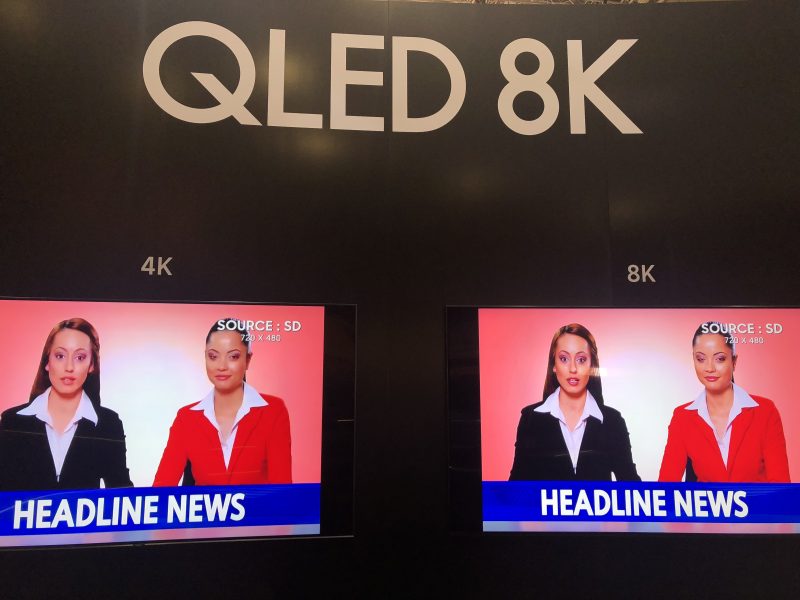 It made Standard Definition (SD) content look great.  And I mean great.

And here’s the thing, the battle for the best 8K TV will be one by the company that can build a TV that can upscale the best.  We’re watching rubbish quality content most of the time – so, it stands to reason we’re going to need the best upscaling possible.

Samsung wins that battle for my mind – and the others will need to play a strong game to prove otherwise. 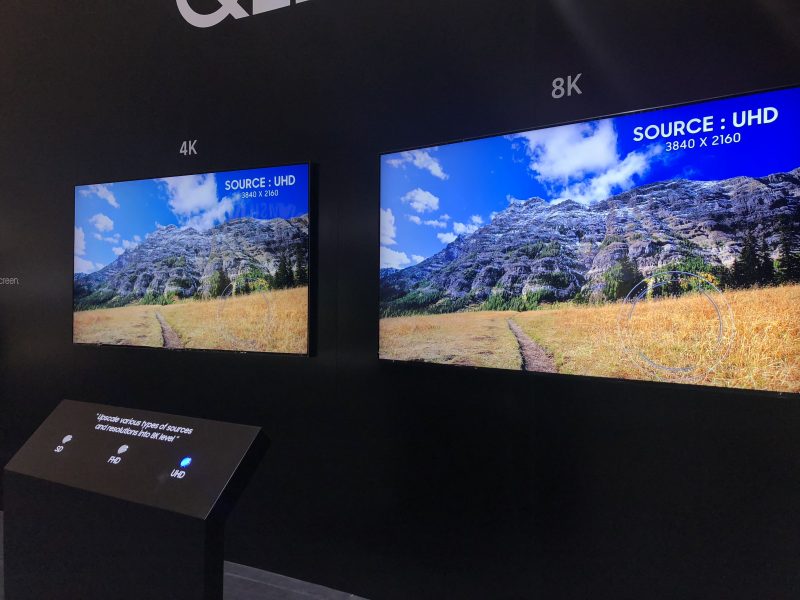