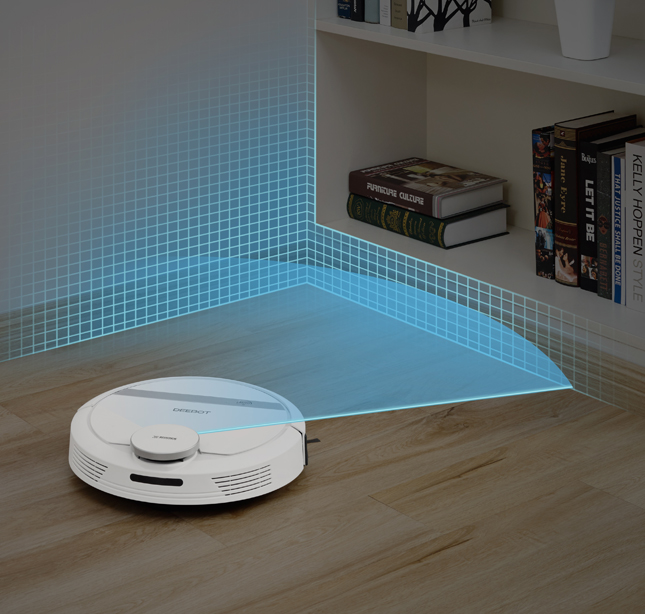 Robot vacuums have been around for a while now. I’ve always been a tad skeptical about how they actually perform in a real household setting. How can something that usually looks like an oversize dish plate really have the suction power to do a decent job. I’ve been watching the Deebot OZMO 900 do its thing around my house for a week now and I have to say it’s a handy piece of kit. 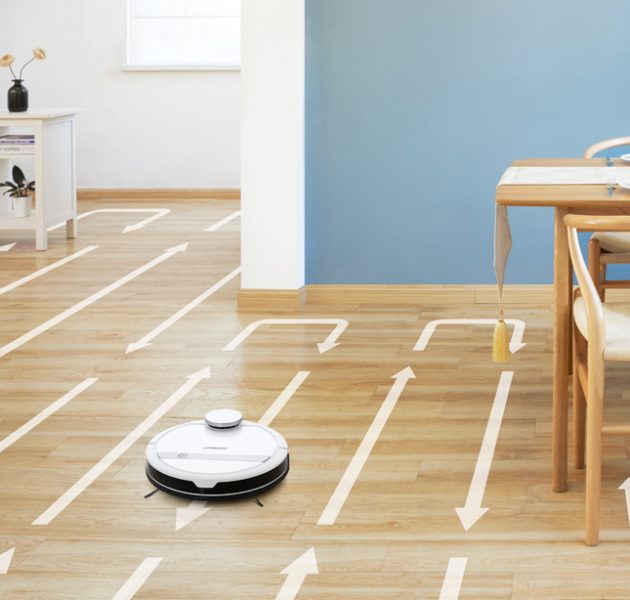 Before I go on I can assure you this is no replacement for a device such as the Dyson V10, that thing could suck the paint off walls. But as a maintenance device, I can honestly say the OZMO 900 is very accomplished. I actually don’t think I’ve lifted the Dyson off its wall dock now for at least 4 days, that’s down from daily usage.

In short, this effort from Ecovacs comes very close to fulfilling that dream most people have, an automated assistant that does the dirty work. For the rest of this article the Deebot OZMO 900 will simply be known as ‘Boris’. Yes, you can give it a name, so rather oddly I did. Boris is a pretty smart cookie, the smaller disc on top shoots out a Lidar beam to literally map your house in 2D. It bounces a light beam off hard surfaces such as walls, kitchen benches or a lounge setting to work out where it should be going. It even starts drawing a map of outside the house as it shoots through windows.

The biggest problem with many robot vacuums is that they can end up as unwanted guests. For example, I don’t want the thing anywhere near my son’s play mat and the 15,000 pieces of LEGO. Via the Ecovacs Home app for iOS and Android you can actually draw exclusion zones, the equivalent of an electric fence for that mad dog next door.

There’s also a mopping feature via a microfibre cloth connection that is slowly sprayed with water from a tiny reservoir. This latter feature will never replace a mop and bucket, but it does go some way to removing that sticky underfoot feel when used regularly. 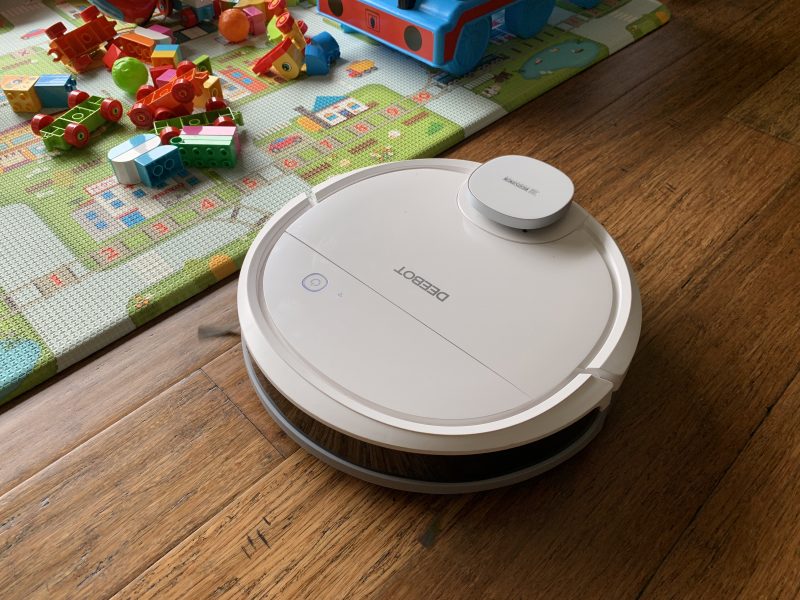 Being a smart home device freak I’m wrapped with its Google Home and Amazon Alexa compatibility. Given I’ve also named the machine Boris I can simply sit back and say, “Hey Google, get Boris to clean”. The instructions are pretty basic in this area, with the only other one telling it to go back to its charging dock. But hey, why not? 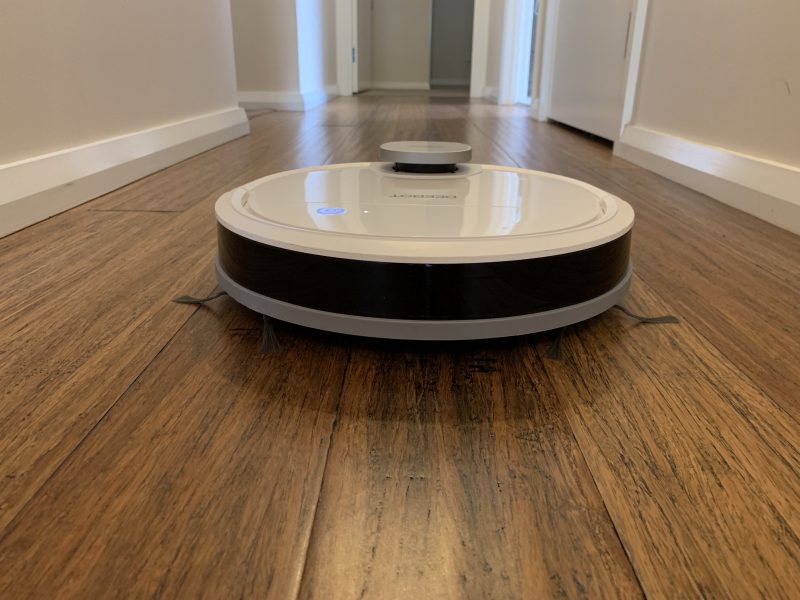 Speaking of charging, to do my whole single level house would take about 100 minutes, sometimes split over a couple of sessions. For example, if I’m planning on leaving all the doors open for it to do four carpeted bedrooms the battery will drain quicker. But it cleverly returns to the charging dock for a period prior to picking up where it left off. That’s an area of about 78m², not including exclusion zones and areas occupied by furniture. Sounds like ages, but this is all taking place when no one is home.

Boris has become a bit of menacing character, twice waking us up in the dead of night. Mainly due to me scheduling a clean for midnight rather than midday. You can just imagine my better half’s horror when a white glow from its Wi-Fi display and power button started to emerge from down the hallway. Boris then insisted on slowly but determinedly pushing our slightly ajar door open and entering our room to do its thing. I also don’t think the cat has fully comprehended what the hell is going on. I’ve also has some pretty odd text exchanges with my wife over it, here’s exhibit A: 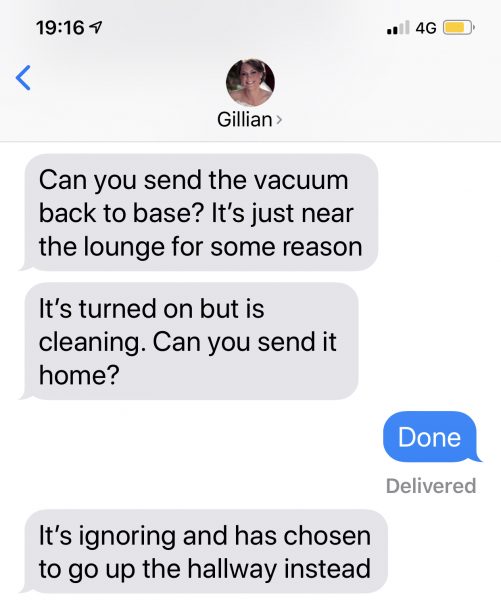 The problem for many who want to use this machine is the fact it hates cables, or clothing or anything too large left on the floor. Somehow, I’ve managed to create the perfect environment for it to make its way around the house. But as Trevor was explaining to me prior to the review, good luck if you have three kids at home, it’s simply not able to navigate such a complicated environment just yet.

This is a $1000 product, so still a pretty elite piece of hardware. But in some cases, such as my own, where you have an open plan house with mostly bamboo flooring it really just works. 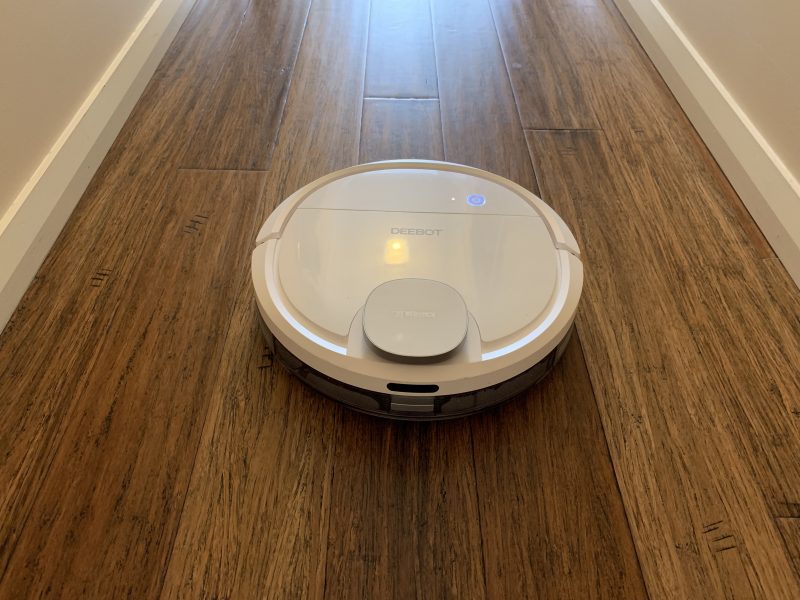