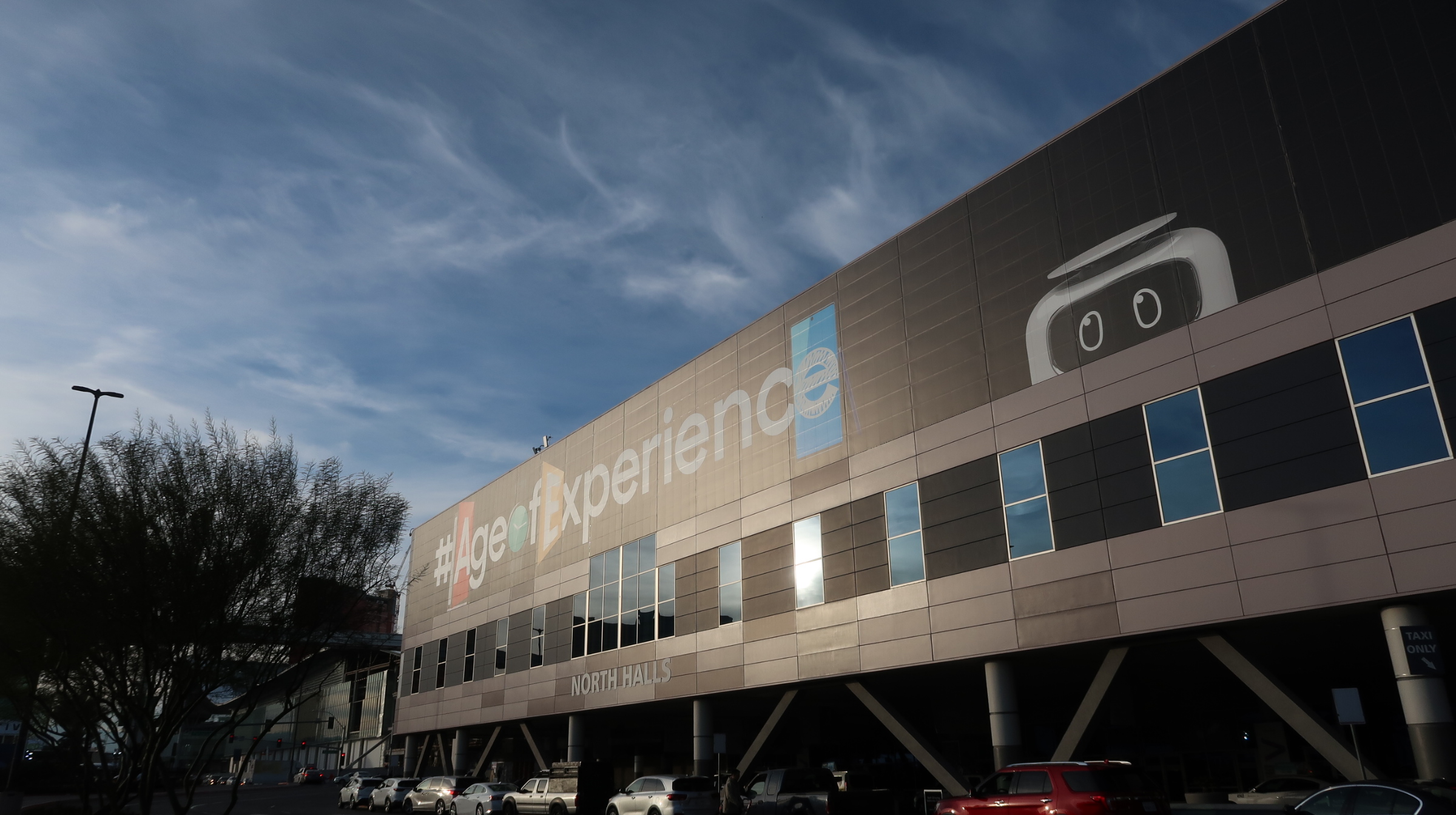 CES 2020: What the billboards tell us

Arriving in Las Vegas a couple of days ahead of the opening of the 2020 Consumer Electronics Show there are a few things happening around the city that give us hints about what’s going to be announced and on show.

Looking at the Las Vegas Convention Center is a great insight into what’s coming.

Firstly, there’s a whole area of the taxi rank dedicated only to Autonomous Vehicles.

Lyft, working with Autonomous Driving company APTIV are doing drop off and pickups at the LVCC all week.

There will be demonstrations by a range of car companies showing off their latest Autonomous software and hardware capabilities.

Perhaps more of a trend will be 8K.

Clearly TCL is going hard on it, pairing 8K with Micro (or Mini) LED technology. Expect to see a bit of talk around Micro LED here at CES with companies like Samsung, Hisense and more having shown it in the past – likely to up the ante this year.

Hisense is going to push their LaserTV further with 4K based on their branding of the LVCC exit at their booth.

Meanwhile, over at Samsung they appear to be focusing on a holistic approach to the connected technology in our lives.

Their entire billboard is made up of just three clear elements. Their logo, the long term Samsung hastag #DoWhatYouCant, plus a new one #AgeOfExperience

Samsung CEO HS Kim wrote about this on a Samsung blog post recently ahead of his CES keynote this week, saying “The Age of Experience will be defined by personalized technology that meets your needs. It means that the devices you use will understand you as an individual, blurring the boundaries between the digital and physical worlds, and changing the way you interact with your cities and communities”.

It might not seem like a lot, but I think we’re set for a lot of talk of 8K, Smart Home, Connectivity and the Internet of Things – let alone the future of cars.

CES 2020: What the billboards tell us