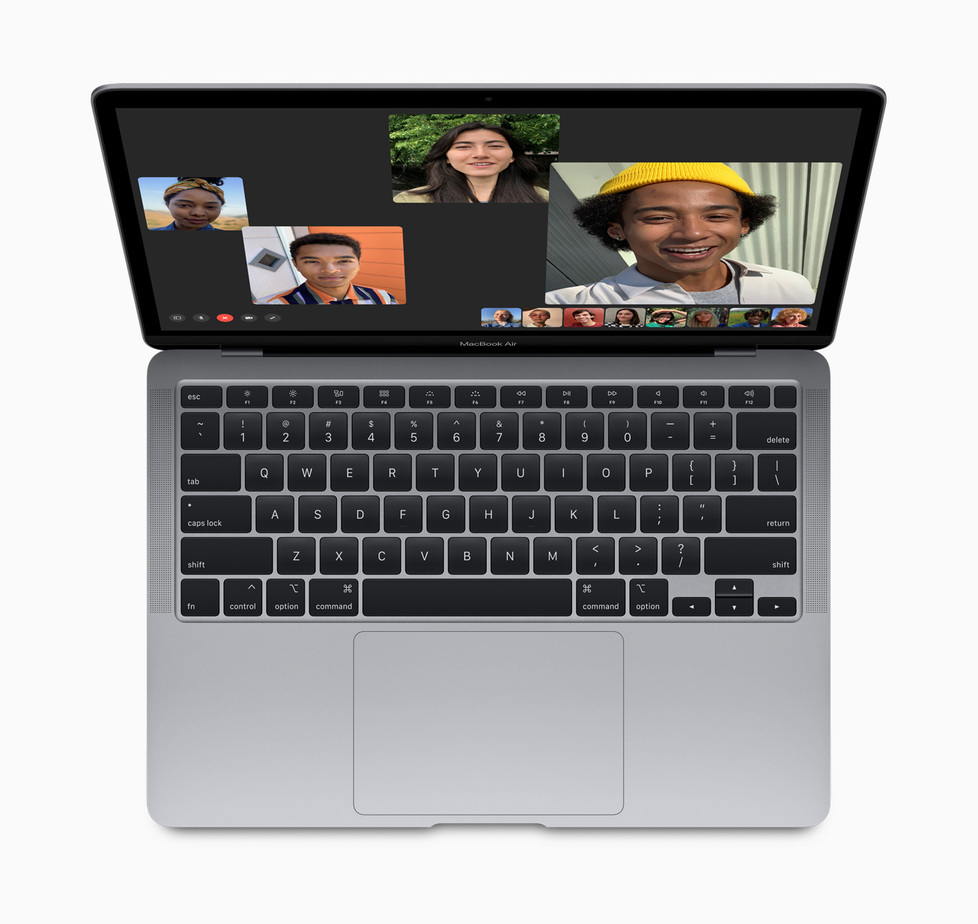 There was no Keynote, but if there was it would have started with this shiny new thing, and then likely the iPad Pro announcement would have followed – well, we’ll never know.

Apple calls it “the world’s most loved notebook” – not sure there’s research to prove that, but hot damn people do love it there’s no arguing that.

Updated on the inside, this little beast now starts at $1,599 and has twice the storage, more power and a new keyboard.

Tom Boger from Apple’s Mac and iPad team said “From students and consumers buying their first computer to customers looking to upgrade, everyone loves the Mac, and they especially love MacBook Air. Today we’re giving it a huge update, with two times faster performance, the new Magic Keyboard, double the storage, a new lower price of $999 and an even lower price of $899 for education,”

“With its stunning, thin and light design, brilliant Retina display, all-day battery life and the power and ease-of-use of macOS, MacBook Air is the world’s best consumer notebook.”

So let’s dive in.

Under the hood are quad-core processors for the first time if you so choose (Starting at $1,999), the new MacBook Air features 10th Generation Intel Core processors, right up to Core i7 at 3.8GHz.

That’s two times faster compared to the previous generation, plus it has Iris Plus Graphics from Intel, delivering 80% faster graphics performance, so this thing might be more useful for video editing than ever before.

I feel that since the “MacBook” Apple has re-invented the Keyboard a heck of a lot of times. The MacBook air now has the same keyboard as the 16 inch MacBook Pro, with a redesigned scissor mechanism with 1mm of Key Travel.

You can now get the MacBook air with 256GB of storage by default, in the cheapest model – double the previous generation, with 2TB being the highest storage available to configure – again, double the last generation.

It’s the same design that is really standing the test of time for Apple, in three colours, Gold, Silver and Space Grey.

It has two Thunderbolt 3 ports for data transfer, power and video output, and supports up to a 6K external display.

The new MacBook Air ships in the coming two weeks in Australia.

While you’re at it….

The Mac Mini also got an upgrade today, with double the storage on standard configurations.