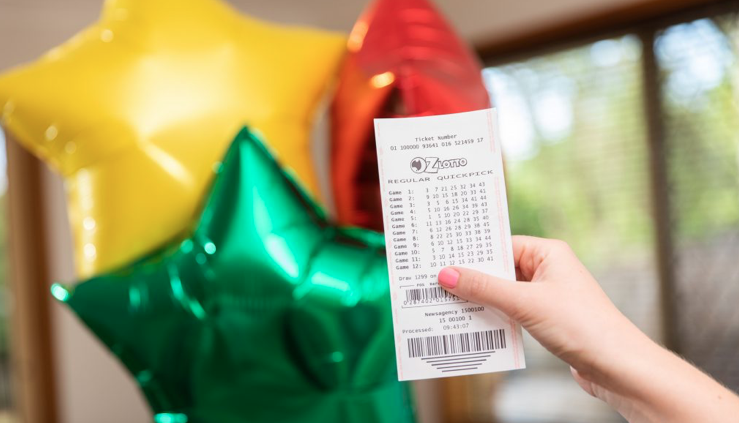 As you probably know by now, you’re not one of the two people who won $40 million on Tuesday night. The two lucky Queenslanders had to split the $80 million up for grabs. Like everyone else whenever these huge jackpots are on offer, I immediately think about many, many scenarios.

One of the winners was an Ipswich mum who said: “I don’t think much will change. Tomorrow will just be the same old thing. I’ve still got to do the school drop off.”

The other winner who was a Sunshine Coast man said: “It’s going to change my life a fair bit. I’ll think about it for a day or so, but the first thing I want to do is get a little house and upgrade the car. Probably do something like that – I might even buy a big house!“

I love hearing about the reactions of big Lotto winners, I guess because I’m trying to gauge how I’d feel in that situation. But wow $40 million dollars in one hit, tax free is just inconceivable to me. Just imaging logging into your bank account and seeing a balance of $40,000,000.

That kind of cash would look after many generations of your family. Sure, you could buy the mansion, a fleet of sportscars and a massive boat but really, I wonder if it would really be the utopia most people assume would follow.

I don’t know the background of the two winners, nor should we. But this kind of instant, seismic shift in their lives is bound to have some drawbacks. Sure, you enter because you want to win, but when the dust settles, the cash lands in your account and the publicity goes away, what’s next?

Personally, I think I’d continue working, there’s little point walking around a mansion all day not doing a whole lot. I drive cars Lotto winners probably would jump at immediately but trust me spending hundreds of thousands on a car is just stupid.

Also, I can’t see how you’d keep this kind of windfall a secret, which can lead to problems with family. I mean you’re bound to be hit up by someone within your inner and outer family circle. This kind of cash gives you immediate power and influence, you could literally pay the mortgages of anyone who asks.

Recently I went through some troubled times, not related to money at all. But with the right help I’ve slowly got my life back on track, pending a few other issues I can’t discuss. But what this period in life proved to me is that there’s nothing more important in life than family. If you have a healthy, loving family you’re winning the Lotto everyday. Trust me, I’ve worked with rich people. Money does nothing when it comes to happiness.

I just find it fascinating that this kind of thing can happen to anyone at any time. I’d love to hear what you’d do, perhaps you’re a previous Lotto winner and would like to share a story or two. Was it in fact a free pass to happiness?