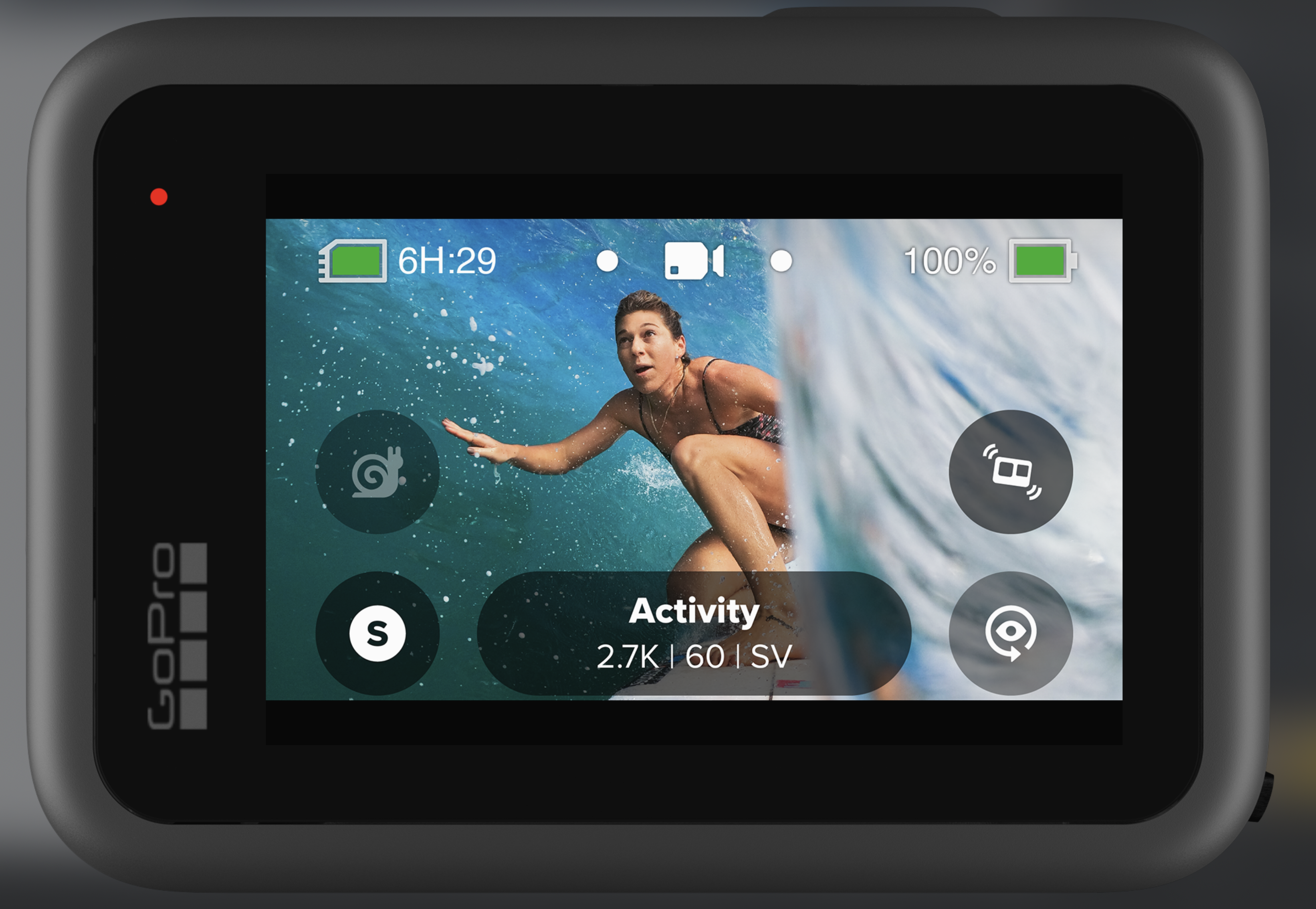 GoPro Hero 9 with 5K video takes stabilisation to the next level, at a staggeringly confusing price – in a good way

What’s new in the GoPro Hero 9?

Almost every aspect of the GoPro Hero 9 is improved.

The battery is now 1720mAh up from 1220mAh, which is great for overall battery life but does come at the expense of the size – more on that soon.

GoPro’s Hypersmooth image stabilisation gets an update to version 3, as does TimeWarp.

With last year’s Hero 8 the Horizon Levelling function was something you did after filming in the GoPro app. Now, it’s available in real-time on the camera.

Here’s the big advances for the GoPro Hero 9:

There’s a front-facing 1.4 inch LCD screen which gives you your basic status and camera controls, but of course importantly a live preview image. Unlike DJI’s Osmo Action, the GoPro front screen shows the preview at the same time as the rear screen – which, by the way is also 16% larger.

Scheduled Capture allows you to setup your GoPro Hero 9 and set a timer for the capture you want. You can even set it up for a scheduled star capture. Lots to experiment with there.

But most of all, I’m loving the idea of Hindsight. Rather than hitting record, trying that trick shot, over and over and wasting space, or doing hundreds of clips. Turn the GoPro on and do the action and once it happens, click record and you’ve got the last bit of action captured on the card!

Size of the GoPro Hero 9

This means that Media Mod you have for the Hero 8 – nope, there’s a new one. That deepwater scuba attachment case, also, need a new one. Not brilliant, but, so goes life really. For the extra battery, better screens – worth it?

Stabilsation on the GoPro Hero 9

Hypersmooth is exceptional, to test it, we strapped the GoPro Hero 9 to a Rock Crawler remote control car.

There is still that weirdness about the camera seeming to turn before the car does, but focus on the horizon and you’ll see this is legitimately excellent.

Price of the GoPro Hero 9 in Australia

Still works out more expensive than last year’s model, but worth it for sure.

But that strange pricing also applies to the other models. GoPro MAX now priced at $799.95 or $659.95 if you buy that one year subscription.

We’ll have to wait and see how bricks and mortar retailers price this to remain competitive.

GoPro Hero 9 with 5K video takes stabilisation to the next level, at a staggeringly confusing price – in a good way