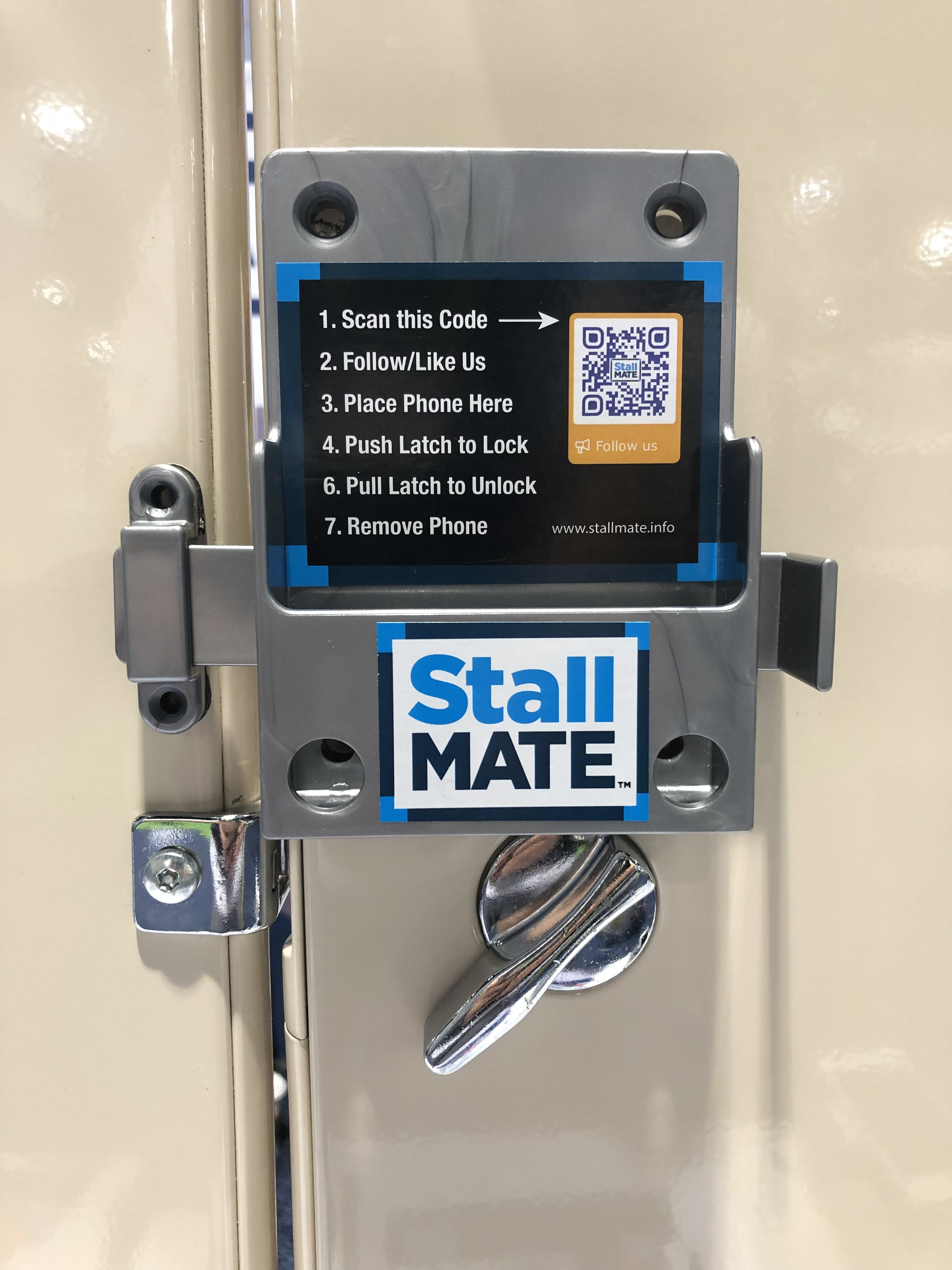 Never Leave Your Phone In The Loo Again

Well I’ve seen all the big-ticket items here at CES this year. The Bell Air Taxi, LG’s Rollable TV and even the Furrion Superyacht. But I’m about to unleash the big gun, the true showstopper – a product that stops CES. Ladies and gentlemen allow me to introduce to you StallMATE.

Have you ever left your phone in the toilet or dropped it in the bowl? I bet just about everyone has at some point, I have. Our dictator Trevor Long regularly leaves his on top of the toilet paper dispenser I’m led to believe. In fact the data is shocking. 90 per cent of people bring their phones into the bathroom, 19 per cent of people drop them in the bowl and in fact on average people will damage their phones within 10 weeks of purchase.

StallMate solves the whole drama. Essentially, it’s a phone holder designed to be installed in public locations or the office. It is bolted on the inside of the door and when you place a smartphone in the cradle the door locks. Therefore, you literally can’t leave after doing your business unless you remove the phone.

Its genius stuff. Here’s a video to explain further.

Never Leave Your Phone In The Loo Again