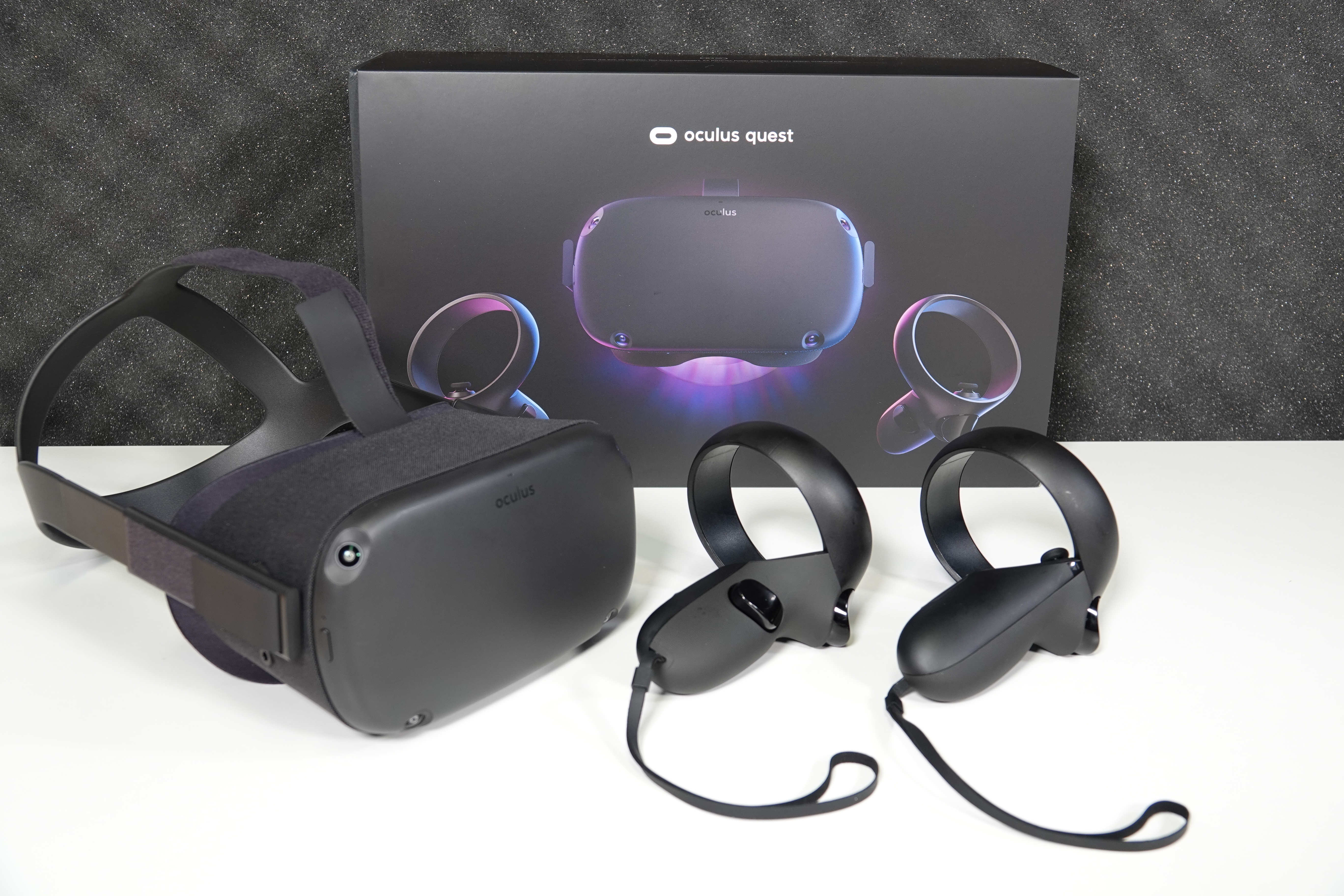 I’ve seen a lot of Virtual Reality (VR) concepts and headsets, they’re cool. But almost all have their shortcomings. Seemingly, that ends now.

On May 21, Facebook owned Oculus releases their latest VR headsets, the Oculus Rift S and the Oculus Quest.

Oculus Rift S is aimed at gamers and those with a PC they want to link to a VR headset. The Oculus Quest is a completely stand-alone VR device.

There’s no cable attaching you to a computer. There’s no smartphone you need to insert into the headset – this is a standalone VR headset that pairs to your mobile phone for configuration and streaming purposes only.

This is really the key feature of the Oculus Quest, and I can’t show you. All the recorded videos, even when you Chromecast the device – you don’t see what the user sees.

When you first start up in a new environment you are asked to create a “Guardian”. To do this, the externally facing cameras on the Oculus Quest show you the world around you in a greyscale format, and you can look around – using the hand controllers to point and draw a boundary on the floor around you.

This boundary then becomes the virtual wall which you are prevented walking through.

It does not need to be square, or circle, you can draw any shape, around all your furniture. Just clear a decent space and you’re off and running.

The reason for the boundary is you are free to walk around wearing and using the Oculus Quest. There’s no cable attaching you to a computer, so you could walk anywhere. This is accomplished using four outward facing cameras which detect and interpret the space around you in real time.

It’s just amazing. This means that during games and activities you are not fixed to a spot – you are able to move side to side and walk around an area which is what really brings the VR experience to life.

It was this basic movement tracking that made me love the Playstation VR – but in that instance you’re still stuck to a cable connected to your Playstation.

In your hands you hold two controllers. These have various buttons and a small joystick for controls. The combination of buttons allows the use of virtual hands within the games and content.

For example in the First Steps setup program you can pickup blocks, throw things, punch stuff and generally have a ball.

They operate on a single AA battery each and that in itself makes the point of this whole device and the simplicity of it.

Out of this world. If Playstation VR was a new benchmark when released, Oculus Quest takes it to a whole new level. In Olympic terms the world record line is miles behind.

Because of the free movement it’s a realistic and believable experience. The controllers are easy to understand and hold, and offer another level of realism within the virtual environment.

There is a power button, but it’s not required, the sensor inside the unit detects you’ve put it on, and it powers up. It’s all charged with a USB-C connection, and the sound comes from within the headset, so headphones are not required (but are optional)

$649. That’s it. An entire VR experience for $649. Games of course are extra but there’s loads of content in the Oculus store.

The price might make it a “not for everyone” kinda deal, and sure you can get an Oculus designed Gear VR for a Samsung smartphone, but in reality, the experience is nothing like this.

In fact, there is no other VR experience like this. For overall simplicity, ease of use and fast setup – this is the VR everyone has to try.